The Replica of the Bell Tower 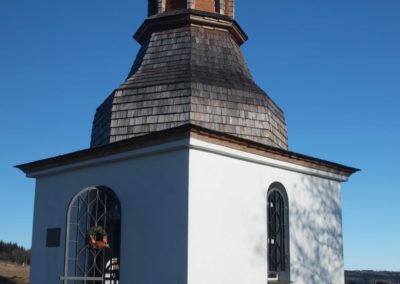 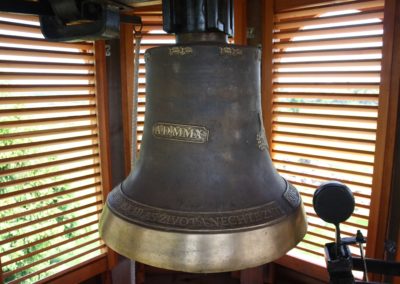 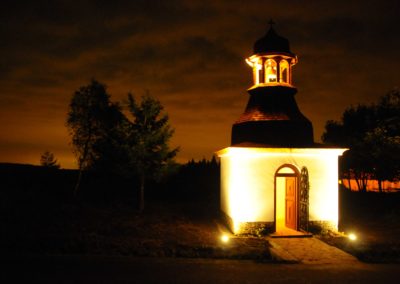 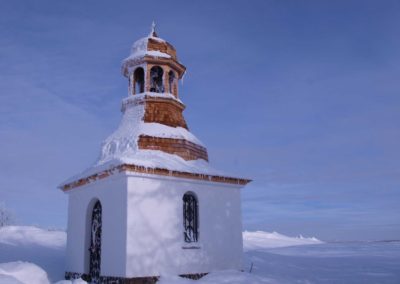 The 40kg bell itself is decorated with the rowanberries and the inscription:
“My voice as a voice of life, let it sound, good people to delight,”Ore Mountains to Protect.”

The construction of the Bell Tower was started in May 2010 and it took four months to build it, it was built on the same place where it was originally about 100 years ago. It was equipped with a fully functional bell clock. The bell was made by the company Kovolitectví s.r.o. from Kostelec nad Orlicí. The interior of the bell tower is filled with a wooden altar dedicated to Saint Antonin. The bell tower officially took place on 19 June 2011, when there was a consecration by Bishop Jan Baxant.