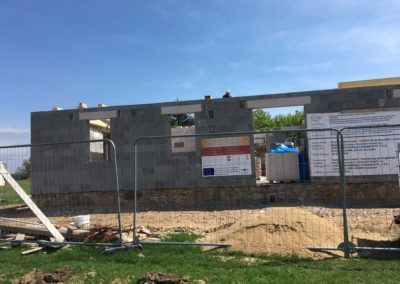 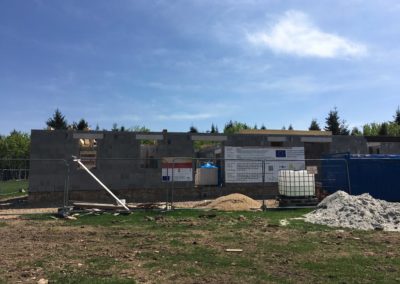 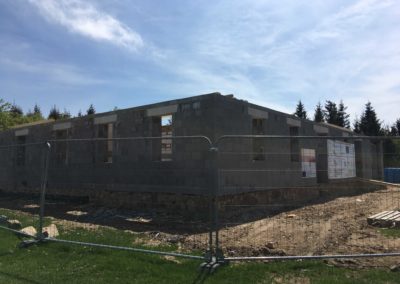 The local folk form of the house of northwestern Bohemia in the Ore Mountains. For this mountain house, it is typical to have farming and living spaces under one roof, which are divided by the entrance corridor, which is located in the middle of the house, on the living and farming part.
The house was initially timbered, later built of stone with a half-timbered floor and a high roof, often staying slate or eternity.

The new half-timbered house is built in the village of Lesná in the Ore Mountains. It will be part of the existing museum. He will remind how he lived in the mountains before. Lesná (German Ladung) was a prosperous village that almost disappeared after the displacing of the original German population.
Today is in Lesná, in the replica of the old house, a museum that will grow significantly in next two years.

• New building in the Museum in Lesná – half-timbered house
• New blacksmith’s shop at the Seiffen Museum
• Remediation and repairing of existing buildings in the Seiffen Museum
• Linking the existing hiking trails between the village of Lesná and the town of Seiffen
• Reconstruction of the Seiffen hiking trails
• Trilingual promotional and information publications
• Organization of public events, adventure programs for children and young people in the open-air museum in Seiffen The project „Active living  of the common history and traditions in the region Ore Mountains“ is supported by the Cooperation Programme Czech Republic – Free State of Saxony 2014-2020.